The BETT show 2017 had the same format previously at ExCel London.

I hadn’t pre-planned intended visits this year other than keeping my eyes out for controllable / programmable devices or low cost counting devices.

The Pi-Top stand was much bigger than on its first year and there were many of their DIY Raspberry Pi based laptops and desktops on show. Both allow for easy addition of breakout boards and ‘hats’ to add capabilities to the basic Raspberry Pi. The fit and finish of the kit was impressive as was the simplicity of adding and taking away the additional boards and components from Pi-top and third party companies. 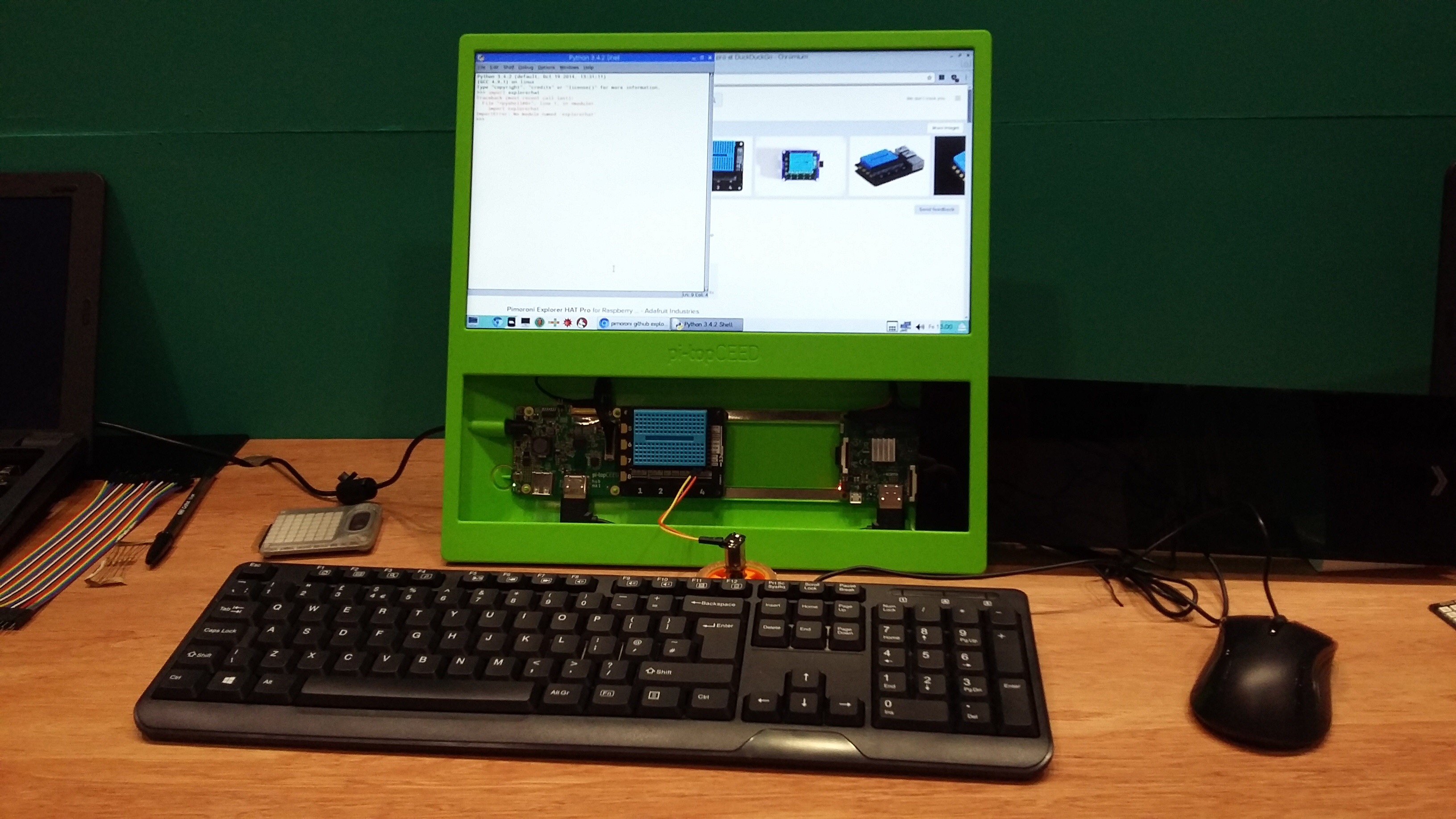 I think my favourite find was the Micro:Bit a tiny programmable computing device. It has multiple sensors including those for light and motioning detecting. Most of the surface of the board is covered by an array of programmable LEDs.

The programs for the Micro:Bit are created in a web-app in any browser. They are then downloaded to the Mac or PC then simply dragged onto the Micro:Bit which appears as a removable drive.

Simple crocodile clips allow for the connection of servo motors and other components which can then be controlled by the short programs.

The robots here had opening mouths which were operated by increased light levels. The construction was so simple – being repurposed disposable cup sleeves, wooden stirrers and some decoration. They were brilliant! 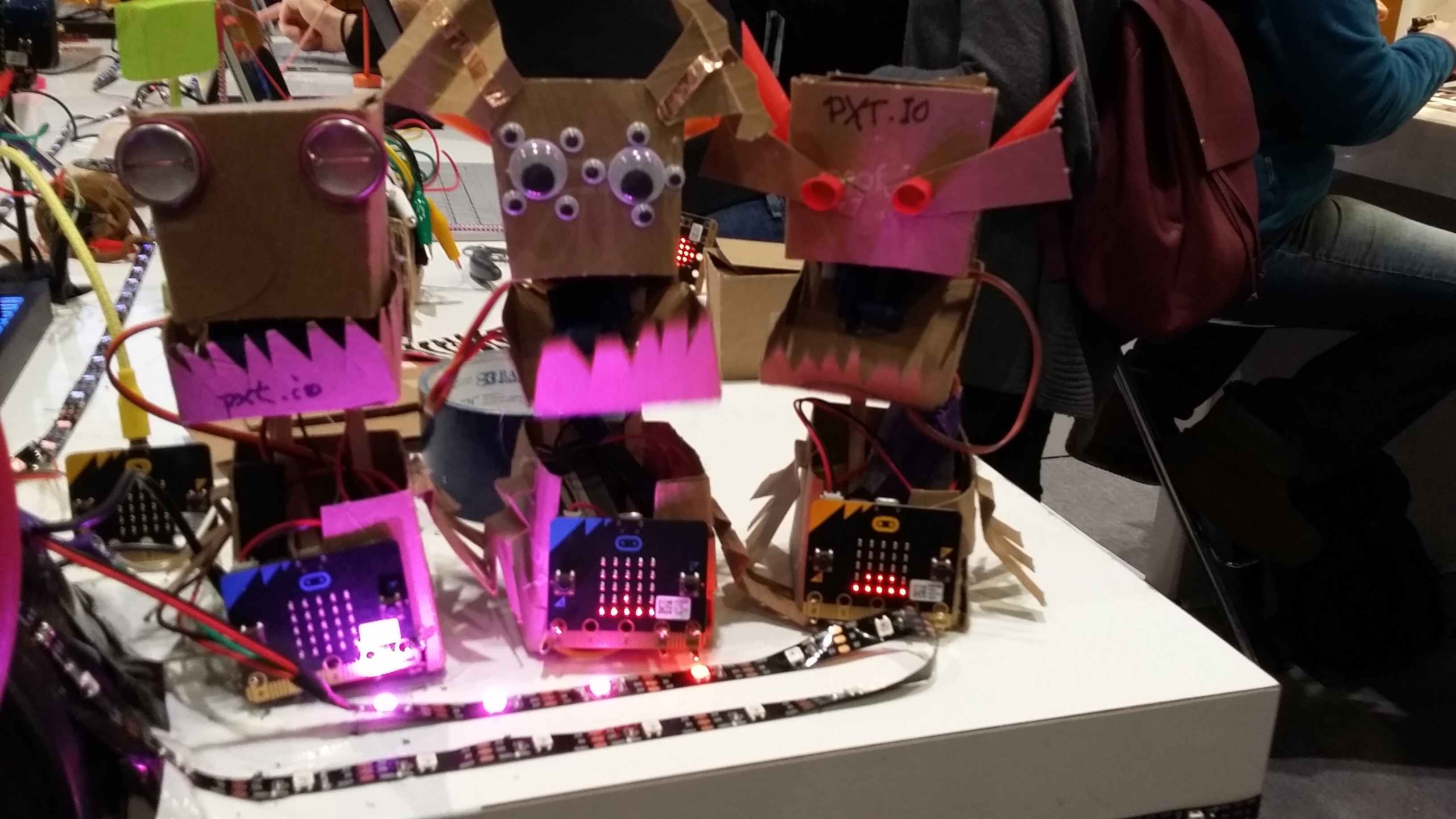 On our second day visit, we were lucky enough to come away with a number of the Micro:Bit boards to allow some personal experimentation. Extra battery packs and crocodile clips have been ordered… with servos to follow soon. I am looking forward to making some working, responsive robots with my own children. This will be a fantastic low-cost project to take into schools.

The Brixo stand had specially made chrome plated Lego compatible bricks and components like sensors, motors and LED lights. It makes control of Lego models possible. 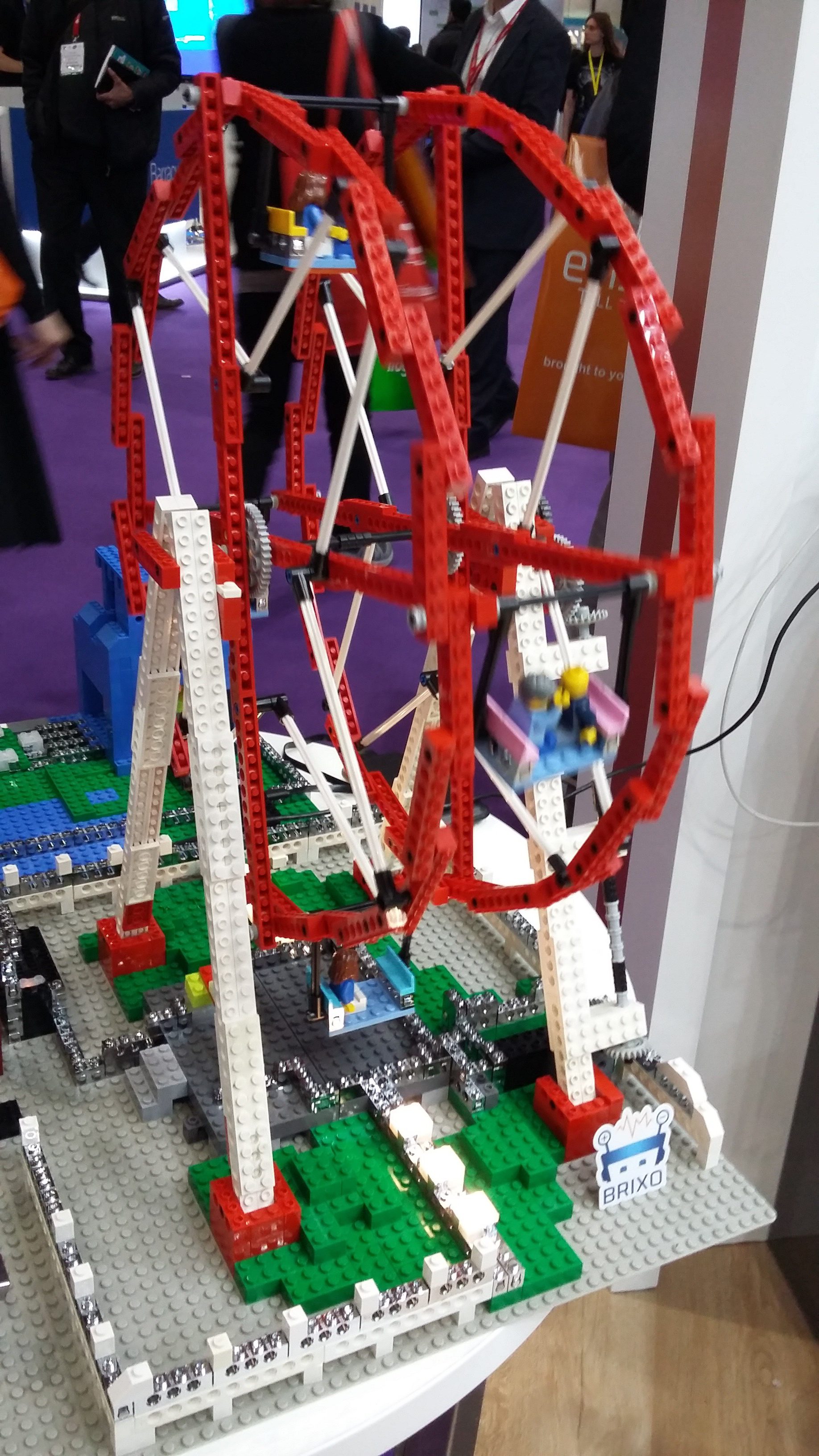 The Rasperry Pi could be found in special bundles with keyboard, case and a customised operating system. 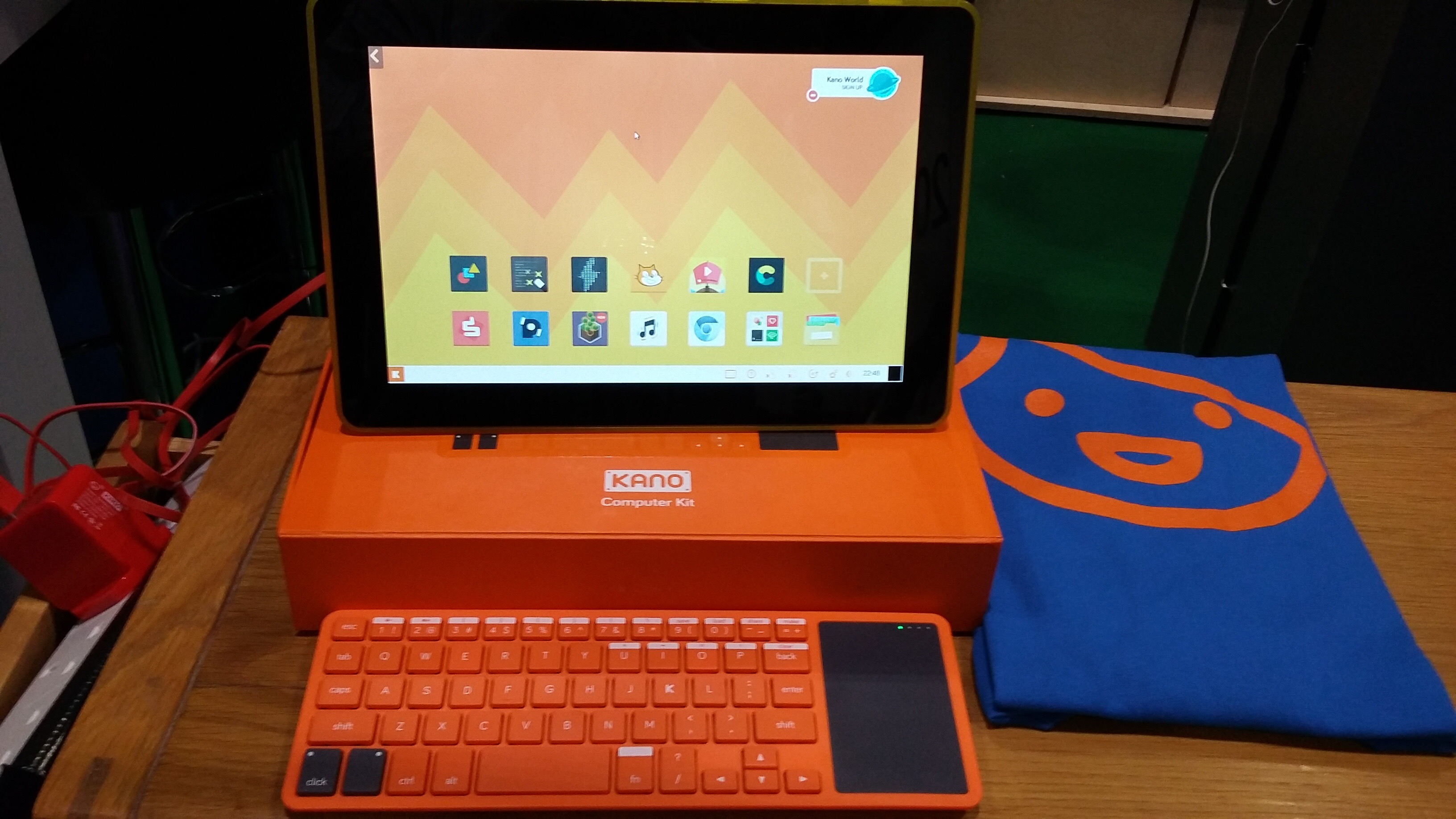